How valuable is experience when producing films to beat the S&P 500?

As far as profitability, experience counts for nothing.

It is negatively correlated, with a score of -0.05 across the database.
Stephen Follows (2019, Sep 2) How valuable is experience when producing movies?

Producers may get better at producing movies, but the films' profitability as an alternative investment stays the same.

If you want the best of both worlds, it will make sense to invest (debt or equity) in a highly knowledgeable producer's earlier film or films. The producer should also have a sharp investment and business acumen. Many creative producers do not have this.

If you are smart enough to find this scarce producer and can access them, they can craft a highly advantageous deal for you in terms of low risk (up to 100% mitigated) and high reward that can outperform or even clobber the annual 8% from the S&P 500 (since 1957) by three times or better annually. Fourth Man Films fits this profile with high-end intellectual property for optimal returns for you, the investor. 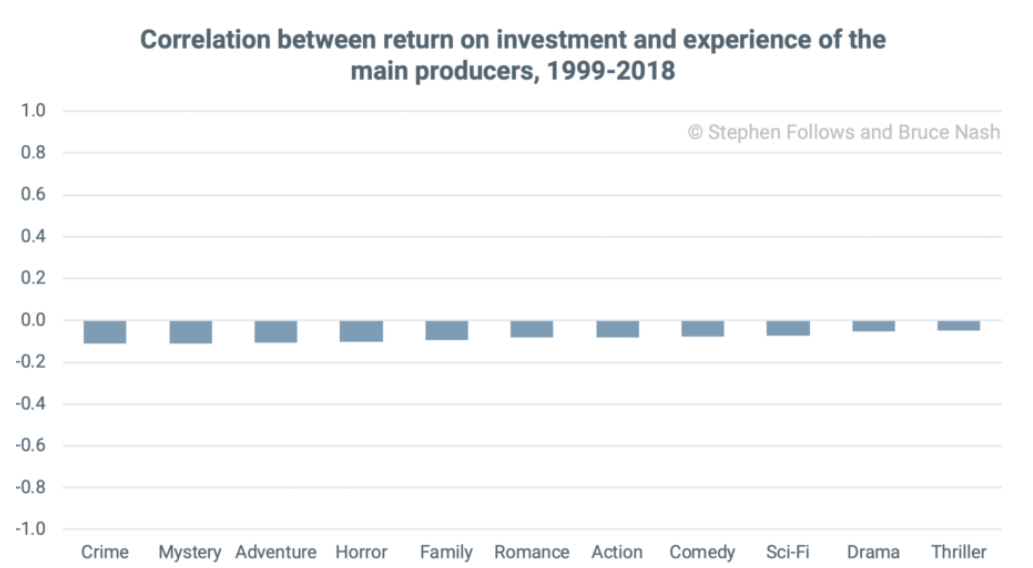