Risk-adjusted performance is the average expected return for the investor for all scenarios.

• Comparable intellectual properties to our script Anthony in the focused genre made a 200% -7200% overall return. *

• Fourth Man Films has the #1 rated intellectual property in its focused genre.

• "80% of making a movie is the script." - William Wyler, Academy Award-Winning Director

• Steven Spielberg's and Martin Scorsese's 2nd AD have also endorsed the screenplay, the investment, and the founder as one of the smartest producers he knows in the industry.

• Script strength is equal to Juno, which won the best original screenplay.

• Downside protection. Tax Rebates, Tax Savings, Company Credits. Up to 100% return of capital strategies are available before the first dollar comes in with sales.

• Beat Inflation. High-performing alternatives like this investment are the best way.

• This investment is not correlated to stocks, real estate, or economic downturns.

• No experience is necessary since you invest based on the risk-adjusted performance number or the average genre return. 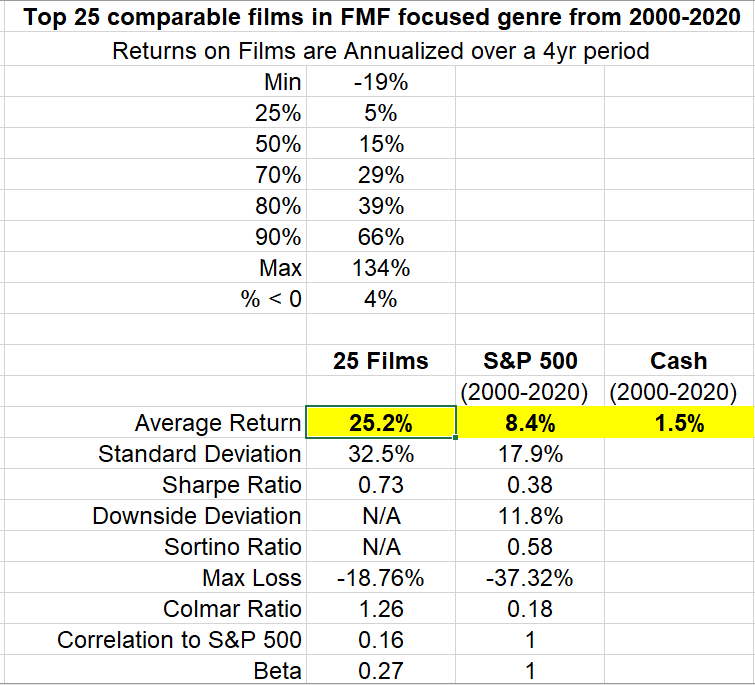 As Far as Profitability, Experience Counts for Nothing https://www.fourthmanfilms.com/how-valuable-is-experience-when-producing-films-to-beat-the-sp-500/