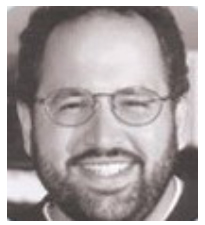 In this review, Jim compared top selling box office comparable feature films in the same genres to the script Anthony. Jim is an author and an expert sought-after story analyst who has read more than 5,000 feature screenplays. His clients have won Emmy Awards and have been nominated for Academy Awards.

(Craft ratings based on 10 being the highest possible score and 1 the lowest)
The comparable films to Anthony listed below made a 2X-72X Return on Investment.

The core audience for Faith films tends to have lower expectations for aesthetics, narrative appeal, and entertainment value for movies in this growing niche. Many of these films are made by production companies that share the values expressed in the films, but may not have the experience or expertise to execute mainstream quality productions. The communication of the message becomes the primary focus, rather than the craft, art, or execution.

From a business perspective, successful Faith films have the potential to develop a product that satisfies its loyal demographic, yet has qualities that increase the potential for crossover to mainstream audiences. This is the direction legendary producer Joe Roth, former chairman of 20th Century Fox, has taken recently in his two films Heaven is for Real and Miracles from Heaven. Anthony has the opportunity to join these two films by opening up its appeal to mainstream audiences, much like Juno did as a film that appeals strongly to the core Faith audience based on its treatment of pregnancy, without presenting any obstacles to a mainstream audience.

Anthony is a classically-told Hollywood thriller. Much like Juno, and more so than Heaven is for Real, there are no obstacles in the plot that would prevent this film from appealing broadly to a mainstream audience. In place of preachy or on-the-nose sermonizing, the film focuses on the story and its emotional impact on the characters. It transcends the Faith genre because it works as a well-told story by Hollywood standards. From a business perspective, note that the thriller genre performs even better at the box office domestically and overseas than dramas such as Heaven is for Real, or dramedies such as Juno.

Of the over 5000 feature screenplays that I’ve read, about 20 were ready to be shot. Anthony is one of them and has one of the best twist endings I’ve ever seen in film. Anthony’s script strength is equal to Juno which won an Oscar for the best original screenplay.

This story isn’t as deep as it wants to be. Instead of being an art film, it’s more like a heart film. It’s a sweet and well-intentioned film, but it relies on too many clichés; sentimental, saccharine, and otherwise. A character who looks like a moody and broody Jesus builds a relationship with a pregnant woman over the course of a magical but meandering day. The narrative stalls here and there but, is punctuated with a few nice moments—dancing, cooking, family—that suggest a love for life. Without any preachiness or prescription, the story shows how their time spent together inspires the woman to give her baby up for adoption.

The most important resolution in the film is for the characters to follow a systematic procedure that is featured in a book by the filmmakers. The lesson here (and it does feel like a lesson), is about how a lack of a father figure in a child’s lives (especially boys) has a devastating impact. Although this thesis is factual and reasonable, the contrived, mechanical, and simplistic solutions proposed here tend to bog down the story. Despite a few humorous moments, including an homage to the classic comedy routine “Who’s on First?” this film, with its prescriptive and preachy tone, offers very little for a mainstream audience.

When a young firefighter’s anger threatens to “burn down” his marriage, his father comes to the rescue and dares him to try a 40-day plan designed to bring him closer to Jesus and to win back the love of his wife. The second act consists of him following the plan while his wife completely ignores him. Dramatically, this plotline is a circuitous dead end and anathema for mainstream audiences. Despite severe limitations of the script and overall skill level of the filmmakers, Kirk Cameron’s performance sporadically channels a somewhat authentic depiction of modern broken masculinity. The film’s clunky thematic lines—such as “Never leave your partner. Especially in a fire.”— and strained metaphors that drive its message home, bog down the film and limit it to the core Faith audience.

The premise of the film sets up a debate between a cynical professor who claims “God is dead,” and one of his students. However, what could be the basis for at least an intriguing, if not convincing final argument turns into some of the most simplistic, one-dimensioned empty rhetoric found in any of the films within this list. The filmmakers pad the running time with an ensemble cast of tangential characters that contribute nothing to the entertainment or thematic value. This film has little to offer a mainstream audience.

HEAVEN IS FOR REAL Craft Rating 7

This film is remarkably different from most Faith films in both its production values and in the content and appeal. Except for Juno, this is the only example where A-list talent is involved and the casting is based on skill rather than personal commitment or beliefs regarding a film’s narrow message. Not only is this film inspired by true events, but it does not spoon-feed the audience its message in a heavy-handed singular perspective, nor does it frame the protagonist’s actions as a prescription for life. The film follows the traditional Hollywood paradigm where a cast-able protagonist has a legitimate dilemma, in this case a preacher whose son claims to have visited Heaven. The story and theme play out in conflict, as the protagonist endures personal trials related and unrelated to his son’s experience. These conflicts are explored from multiple perspectives, including strong skepticism from his peers, from his parishioners and from an academic point of view. The film is naturally a bit pat, but it includes some welcome messiness, too. The result is genuinely inspiring, though some mainstream audiences who might be fundamentally skeptical of the boy’s claims may not buy into the story. However, for people open to the faith idea of Heaven, this film has very strong appeal and did very well at the box office and in ancillary markets.

Juno is a well-crafted Hollywood “dramedy” whose acting and directing are exceptionally successful compared to other mainstream films, and lightyears ahead of films typical of the Faith niche, such as Fireproof, Courageous, or God’s not Dead. The film carries a pro-adoption message with a notable “pro-life” moment. The protagonist is confronted with a pro-life activist and subsequently chooses to walk out of an abortion clinic because of what was said to her. Yet, but because of good writing, the film manages to completely avoid being preachy or judgmental. For the mainstream audience, the film can be read as the flip side of “choice,” the choice being not to have an abortion.

As a film, Juno can be a prescription for how the producers of Faith films may be able to crossover and reach a mainstream audience. Characters can have an authentically moral perspective yet be portrayed as complex and real human beings whose points of view are milked for interpersonal conflict as opposed to being used as mere mouthpieces that “preach to the choir.”

The production values in this film are noticeably higher than the films by the Kendrick’s. Although not as didactic as some of the other films in the list, it comes off as a bit preachy. This film stands at the midpoint between the most clichéd Faith films and films with mainstream appeal like Juno and Heaven is for Real that don’t wear its prescriptive life lessons on its sleeve in every frame. The beautiful shots of nature, the lens flares and a few surprising visuals contribute to and organically support the universal theme that miracles are all around us. With a little bit of effort this film could have delivered its message effectively, without being so on-the-nose with its “lessons.”

When a girl learns that she survived an attempt by her mother to abort her pregnancy, she goes on a journey to find and confront her biological mother. The movie allows her to have some legitimately complex emotions. She feels like her life is a lie and she has no way to transcend it. But like many Faith films, the complexity gives way to simplicity and clichés.
The idea of forgiveness is powerful and the catharsis of the simple act of forgiving the birth mother does tug on the heart strings. However, the seriousness and extremely conservative tone/mood is in sharp contrast to Juno.

This film is like a PSA for prayer. The stiff acting, clichéd characters and tangential scenes add an additional 30-40 minutes to the film’s running time and make this film unwatchable for viewers outside of the faith demographic. The few touches of humor and a nice performance by the young pre-teen daughter are overwhelmed by several uncomfortably contrived moments, like when an old lady scares off a mugger. The film ends with an awful, overwrought and didactic summary of the film’s message which mainstream Hollywood audiences would dismiss outright, if they got that far. However, this film’s success at the box highlights the aesthetic tolerances and taste differences between the Faith niche and mainstream audiences.

In conclusion Anthony’s craft is far superior to all other top-selling films in the Faith genre and Pregnancy genre. Anthony is set up to perform far better at the box office domestically and worldwide than all these films in both these genres.

Films in this list were chosen based on comparable business models consisting of similar themes, budgets, broad/deep interest on the subject matter, target market, distribution methods, look/feel of the story comparable to Anthony. The #5, #6, #7, #8, #13, #14, #33 top North American Box Office Faith genre films are included in this list. The other top-selling Faith genre films were not used since they are period or historical movies and not as closely comparable. Two other top-selling films from the Pregnancy genre #3 and #23 were also used. The domestic box office grosses would be higher if inflation was factored in. Sources: Box Office Mojo, Nash Information Services, Beverly Hills, CA.